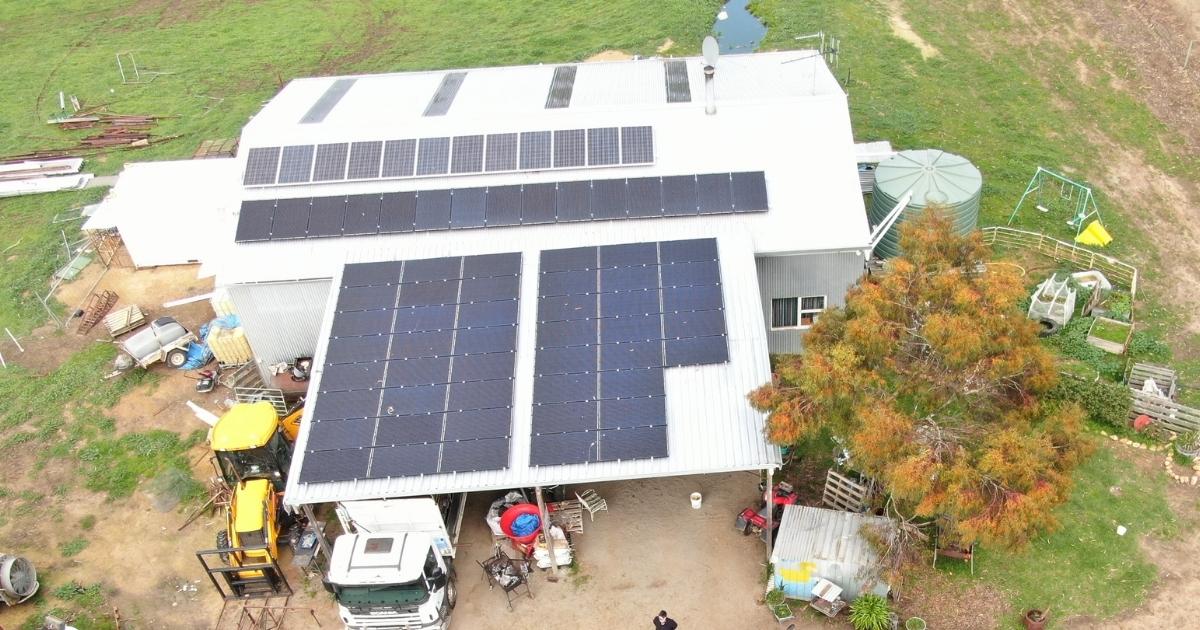 Posted at 02:00h in Blog by enquiries@energyease.com.au
0 Likes

Since 2015, the Theron family have used Gloria Dieu’s motto “Seed Faith, Harvest, Hope” to inspire and inform their business strategy, along with a commitment to ‘give back’.

“Food is the one thing that unites us around the world; it brings families together, starts conversations, and brings joy,” explains co-owner Annecke Theron.

Committed to improving the farm’s environmental sustainability, the Therons paid up-front for a solar project that quickly proved insufficient for their needs. Within a year, their backup generator was running 24/7 and both fuel and energy usage had actually increased.

Annecke says “being ‘clean and green’ is really important to us. Solar made sense, no question. But our initial efforts cost us dearly, so we determined that the new project would be built in three stages, each carefully planned, engineered, and implemented at the right time for us.”

Energy Ease has since become integral to Gloria Dieu’s bigger picture.  Not wanting to invest more capital to purchase a new solar system outright, Annecke describes their discovery of Energy Ease payment plans and the application process that followed as “absolutely beautiful”.

“We completed the application online…and then within a day it was all approved,” she explains.

The first phase enabled the Therons to fully power their commercial packing shed and cool room to preserve the fruit from 2,000 apricot trees (which produce a lot of fruit over a very short season).

The next phase came following their decision to do something new with their surplus fresh fruit in a bid to work toward zero food wastage. Says Theron, “we trialled blast-freezing the apricots, dehydrating the off cuts from the blast-freezing process, and to our surprise and delight, the dehydrated fruit took off too!”

This meant they needed more new equipment and more solar power. Of their second Energy Ease payment plan application, Annecke says “again, it was as simple as ‘sign there, all good, and away you go’.”

“Now as we plan for our third phase, the construction and installation of a commercial freeze dryer, we’re actually having the equipment we need custom-engineered around our solar capabilities.”

After commencing their initial payment plan with Energy Ease, Gloria Dieu’s fuel costs dropped by more than half within the first year.

“What we stopped using in fuel, we have basically put towards our solar payments. Once fully paid, it will equate to savings of $30,000 to 40,000 per year.”

“This gives us the freedom to plan for growth,” Annecke concludes. “We can continue to plan ahead, adding new products and product lines without having to forecast additional energy costs.”

“I actually think we’ll run out of roof space before we run out of ways to utilise our solar equipment!”

Start a conversation with Energy Ease and find out how our payment plans and PPAs can help businesses and organisations afford smart tech and energy efficiency equipment sooner.